Meet Ayana George, a member of the @mjthemusical cast. Previews of the show continue at the Neil Simon Theater on Broadway.Get your tickets now: https://t.co/d3W4n1eIZL#MJtheMusical pic.twitter.com/SxD2WVTrjV— Michael Jackson (@michaeljackson) December 30, 2021

The Samaritans: A Biblical Peoplecelebrates the culture of the Israelite Samaritans, from biblical times to our own day. An international team of historians, folklorists, a documentary filmmaker and contemporary artists have come together to explore ways that Samaritans, Jews, Christians, and Muslims have interacted, often shunned and always interpreted one another across the expanse of western civilization.

This exquisitely illustrated volume celebrates a traveling exhibition produced jointly with the Museum of the Bible in Washington D.C.

The artists created artwork specifically for this exhibition, which opens inWashington D.C. in the Fall of 2022. A pop-up exhibition in conjunction with several other Samaritan events will take place March 27th at the Center for Jewish History, New York.

Written for both the general reader…

When observed under a microscope, guard hairs from mice resemble optical sensors used in thermal cameras to detect heat, according to a new study.

Source: Some Mammals May Use Specialized Hairs to Detect Predators’ Heat

←@CromwellStuff: At 04:00 this morning 11 countries were removed from the Red list. At 16:00 hours this afternoon all 650 MPs went on leave until January! Guess who doesn’t need a vaccine passport or a vaccination to travel, yep you guessed it MPs! Lying arseholes@HouseofCommonsDD: I was sent thislink→

One of the strangest statues that I have ever seen in my entire life has just been set up right outside UN Headquarters in New York City.When I first heard about this, I could hardly believe that the global elite would be so brazen, and so I checked into this very carefully. Unfortunately, this is not just a bad rumor. This absolutely gigantic statue is called“The Guardian of International Peace and… 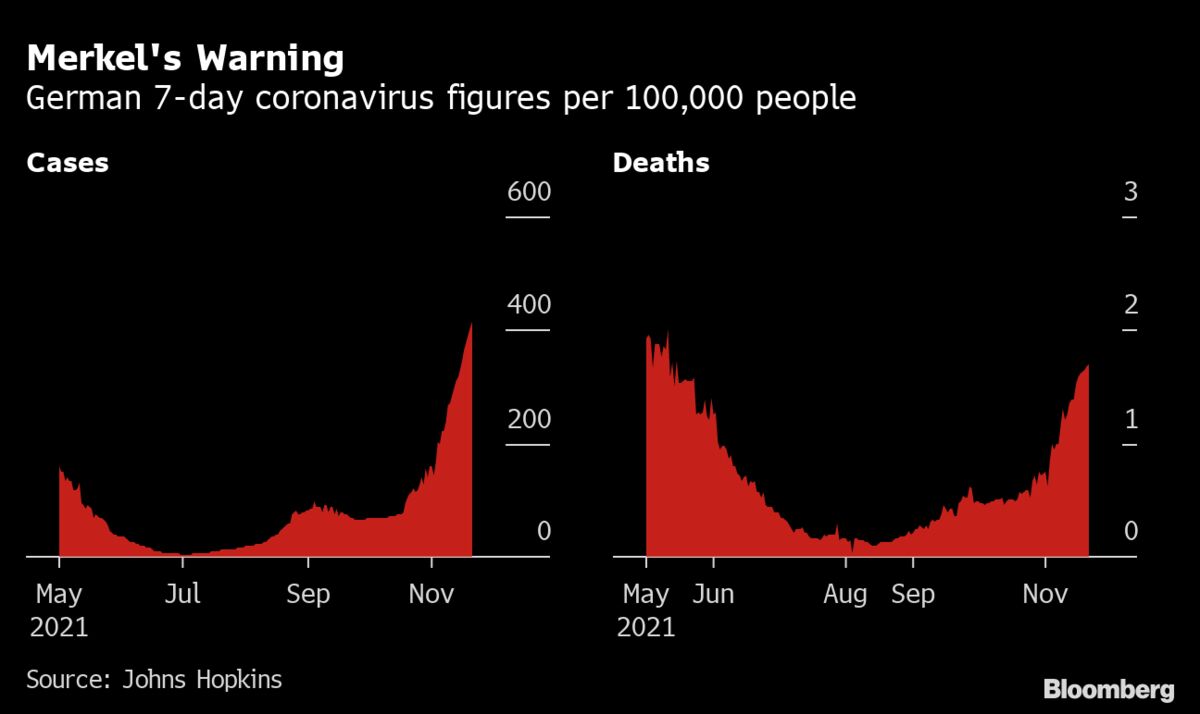 (Bloomberg) — Chancellor Angela Merkel said the latest surge in Covid-19 infections is worse than anything Germany has experienced so far and called for tighter restrictions to help check the spread.

Merkel told officials from her Christian Democratic party on Monday that the situation is “highly dramatic” and warned that some hospitals would soon be overwhelmed unless the fourth wave of the pandemic is broken, according to a person familiar with her remarks.

Germany’s contagion rate has set new highs every day for about two weeks. In the eastern state of Saxony the seven-day incidence rate has surged to almost 1,000 per 100,000 people — close to three times higher than the national average. Hospitals are quickly filling up, and vaccination rates remain stubbornly below 70%, trailing countries like France, Spain and Italy.

The German chancellor said many citizens don’t seem to understand the severity of the outbreak, and that…

Former Jehovah’s Witnesses are fighting back against a religion that failed them. They know they’ll lose their loved ones for doing so. Few know the extreme nature of the beliefs of the Jehovah’s Witnesses, a religious group which boasts eight million followers in multiple nations. They take a strict interpretation of the Bible and predicted the world would meet its ‘wicked end’ in 1914, 1925 and 1975. A US-based Governing Body of eight men sits at the pinnacle of the Jehovah’s Witnesses organisation. Witnesses believe these men are anointed as the voice of God on Earth. Former members reveal the secretive practices used to instil fear and maintain discipline among followers. With strict rules governing every aspect of their lives, these former Witnesses say the organisation is controlling and dangerous. They say it’s time to hold the Jehovah’s Witnesses to account.