German authorities descended on Deutsche Bank AG, including its downtown Frankfurt headquarters, in a coordinated raid related to a money-laundering investigation. More than six police vehicles, their blue lights flashing, pulled up to Deutsche Bank’s main offices shortly before 9 a.m., in an operation involving about 170 officers. The main suspects were two bank employees…

This 29 November 2018 video about Germany says about itself:

Police and judiciary have raided the Deutsche Bank head office in Frankfurt. At least two employees are suspected of having helped customers to launder money from criminal activities. The men aged 50 and 46 were arrested and another arrest was said to being made, but it is not known who that is.

Many police cars can be seen in front of the main office in Frankfurt. Also at five other offices of the bank in Frankfurt there are raids. About 170 police officers, employees of the Public Prosecution Service and the tax authorities are involved.

What Shell knew about climate change in 1991 – video explainer

It is a deadly plan: The Government of Mauritius wants to kill thousands of flying foxes again – 13,000 animals! Please sign the appeal to the Government of Mauritius to stop these killings immediately. https://www.sauvonslaforet.org/petitions/1023/stop-au-massacre-des-roussettes-noires-a-lile-maurice?mtu= For more…at: https://worldanimalsvoice.com/2018/11/21/flying-foxes-we-can-prevent-a-genocide/ My best regards, Venus

via Flying foxes: we can prevent a genocide! — Serbian Animals Voice (SAV)

Congresswoman-elect Ilhan Omar’s support of the Boycott, Divestment and Sanctions (BDS) movement against Israel has some in Minnesota’s Jewish community asking questions, as before the election she reportedly called the movement “counteractive” to the goal of a two-state solution….

SAY NO TO DEATH PENALTY

What we don’t know about the U.S. prosecution of Assange is virtually everything

via The Dangerous Rush to Judgment Against Julian Assange — Rigged Game 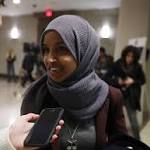 YouTube CEO Susan Wojcicki is once again raising concerns about the European Union’s proposed update to copyright law, warning it would have profound unintended consequences. This is the second time in two months that Wojcicki has written about Article 13, which would make online platforms liable for copyright infringement. She argues that the European Parliament’s approach — which places responsibility on YouTube, Facebook, Twitter and other websites to ensure…