While’s Trump’s words spoken in traditional media may appear unpredictable, analysis suggests a long-term trend with his tweets. United States President Donald Trump has a preoccupation with Twitter. Since his account @realDonaldTrump became active in March 2009, it has amassed 53.2 million followers, making it the 18th most popular account on the social media site.

via Horse Resting in Iceland — Matt on Not-WordPress

German discount grocery retailer Aldi has asked its food suppliers to begin contingency planning in case the UK crashes out of the EU with no deal.

Dedicated to all the suffering parents whose children were ‘legally kidnapped’ by an unjust and totalitarian government.
July 30, 2018 „Information Clearing House“ – A spate of ‘legalized kidnappings’ is ongoing throughout the United States. The perpetrators, however, are not criminals per se, they are agents of the government. These kidnappers operate under the banner of ‘Child Protective Services.’ Depending on the state, the banner may be ‘Public Social Services,’ ‘Family & Protective Services,’ ‘Department of Social Services,’ ‘Children’s Protective Services,’ or ‘Department of Family and Children Services.’ As for the term ‘legalized kidnappings,’ it is not of original coinage: a grassroots movement named “Stop Child Protective Services from Legally Kidnapping Children” has sprouted up in Minnesota. As one may expect, outrage, fear, and despair are brewing among parents whose children have been legally kidnapped.
In Euripides’s tragedy The Heracleidae, one reads of the hubristic agent, Copreus, of a tyrannical state, Argos, attempting to kidnap persecuted children from their natural guardian, Iolaus. (These are the children of the mythical hero Heracles.) He asserts a purported duty cum right to kidnap these children, explaining, “It was King Eurystheus of Argos and Mycenae who ordered me to come here and bring these back,” mirroring what many legalized kidnappers tell parents: “It was my manager, the agency director, who told me to . . . .” Copreus wants “to take back what is ours.” and when he is thwarted in his lawless conduct, he threatens: “I go; for ’tis feeble fighting with a single arm – but I will come again, bringing hither a host of Argive troops, spearmen clad in bronze.” Thwart a legalized kidnapper and he or she too will come again, bringing thither heavily-armed sheriffs deputies and police teams at his or her back.
This is the terrifying predicament far too many American parents have faced. And do face. And will face.
Background
Since Ancient History, children have been the most vulnerable and exploited class or demographic within the Human family. From those Ancient Times up to and including the Renaissance in Europe, children have been killed, abandoned, raped, sold, bartered, exploited for manual labour, trafficked for sex, killed as ‘sacrifices,’ and more, and all this not only as isolated or case-specific transgressions, but, even within the framework of socio-cultural customs and folkways. In a number of underdeveloped (and less-civilized) countries, the lot of children is not very different from what it was in Mediaeval Europe. In view of the vulnerability of children, Child Protective Services theoretically serve a necessary, perhaps even a critical, purpose.At the same time, principles and methods of, and lessons learnt from, Community Policing and non-adversarial intervention should be incorporated into policy and procedure;
Removed children should be monitored in their new homes or other abodes for emotional and psychological well-being, and feedback loops should be put in place;
The system should further be designed to recognize and rectify any mistake;
The foster care racket should be done away with for good.

The onslaught of our dysfunctional species will simply overwhelm the biosphere, sooner or later, whether it is this generation or the next. 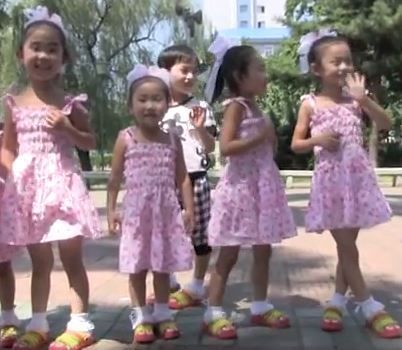 25-minutes piece about the DPRK (North Korea) – country that I visited relatively recently; visited and loved, was impressed with, and let me be frank – admired.

Source: Are We About To See The Final Battle Of Syria?

Britain’s ‘worst ever’ child grooming scandal exposed: Hundreds of young girls raped, beaten, sold for sex and some even KILLED SPECIAL SUNDAY MIRROR INVESTIGATION: Authorities failed to act over 40 years – despite repeated warnings to social workers – with up to 1,000 girls, some as young as 11, abused in Telford By Nick Sommerlad […]

Investigation Current position Cambridge House, Knowl View and Rochdale On 12 April 2018 the IICSA published its report. The Panel provided an Executive Summary and drew a number of the conclusions. The Inquiry made no recommendations because they will be considering evidence that is relevant to the protection of children in the care of […]

MOUNTAIN VIEW, Calif. (CBS Local) – A homeless and unemployed web developer in California has been overwhelmed with job offers after a picture of him handing out resumes went viral on social media. David Casarez, who has reportedly been sleeping on park benches in Mountain View, was photographed holding a sign reading “HOMELESS, HUNGRY 4 SUCCESS.…