Satellite imagery, witness statements, and video and photographic evidence show that Syrian authorities deliberately and unlawfully demolished thousands of residential buildings in Damascus and Hama in 2012 and 2013, Human Rights Watch said in a report…

The anaesthesiologist who told a court that a new two-drug protocol used in an execution in Ohio would cause the inmate “agony and horror”, has expressed anger the state pressed ahead with the experiment despite his warnings.

David Waisel, associate professor of anaesthesia at Harvard medical school, who acted as expert witness for Dennis McGuire’s defence attorneys, said he was angry when he learned Ohio had gone ahead with the execution last Thursday using a previously untested combination of midazolam and hydromorphone.

US state plans to shut off  NSA’s water supply: Video report:
Anti-surveillance activists in Utah  think up a new campaign to bring down the US spy agency.
http://www.aljazeera.com/news/americas/2014/01/us-state-plans-shut-off-nsa-water-supply-201412051540675912.html 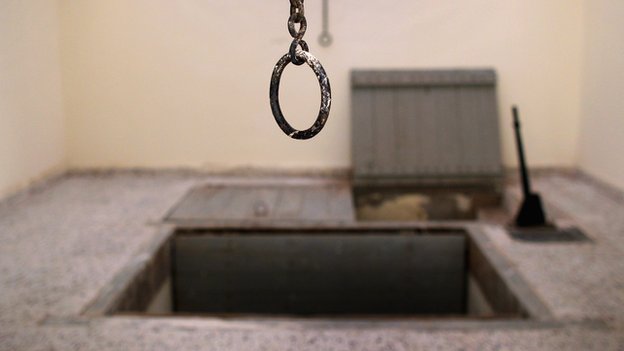 Iraq has executed 26 people convicted of „terrorism“ offences, according to officials.

The deaths came despite international criticism of the country’s increasing use of capital punishment.

The justice ministry said Adel al-Mashhadani – allegedly a leader of a local Sunni militia known as Sahwa – was among those put to death on Sunday.

It follows calls from the UN High Commissioner for Human Rights for an immediate halt to executions in Iraq. A spokesman for Navi Pillay said…

Consumerism’s petty liberties have made us inhumanly passive. We’ve forgotten what freedom is, and how easily it is lost

Solvej Schou is a regular contributor to TakePart. Her breaking news, entertainment and feature stories have been published by The Associated Press, BBC.com, Yahoo!, Los Angeles Times, Entertainment Weekly and EW.com.
full bio follow me

It took Ohio inmate Dennis McGuire an unusually long 25 minutes to die during his execution on Thursday. He was wheezing, grunting, and gasping for air in “agony and terror,” according to his adult children, as an untried cocktail of lethal injection drugs was pumped through his veins.

McGuire, convicted in the 1989 rape and murder of a 22-year-old pregnant woman, is one of several recent cases sparking outrage…

Hidden History Plato and the world of illusion
http://www.brasschecktv.com

TV about what’s REALLY going on