#AceNewsReport – Aug.31: This follows up on news on Tuesday https://acenewsservices.wordpress.com/2016/08/30/eurefugeecrisis-as-at-least-6500-refugees-are-rescued-off-libyas-coastline-reuters-reports-on-tuesday-that-those-arriving-in-greece-from-turkey-reaches-the-highest-level-in-weeks-acenews Mediterranean rescues continue: Over 10,000 migrants saved from sinking vessels in 48 hours About 3,000 migrants were picked up Tuesday from the central Mediterranean, the Italian coastguard said, raising to around 10,000 the rescue tally over the past 48 hours. There were 30 interventions […]

via #EURefugeeCrisis Over 10,000 #Migrants rescued from sinking vessels in last 48-hours in the Mediterranean together with a number of traffickers involved in smuggling according Eunavfor Med and the bloc’s border agency Frontex, the Guardia Costiera said – @AceNewsServices — Ace News Services

via Danger alert as Typhoon No. 10 lands in Tohoku — nuclear-news

An incoherent U.S. policy threatens the most effective fighting force against the Islamic State.

THE ATLANTIC – Pope Francis hosted a special guest at the Vatican on Monday: Mark Zuckerberg, the founder and CEO of Facebook. Zuckerberg and his wife, Priscilla Chan, spoke with Francis about “how to use communications technology to alleviate poverty, encourage a culture of encounter, and to communicate a message of hope, especially to the […]

via Is Pope Francis Trying To Break The Internet? — The Ugly Truth

A group of Russian astronomers have detected an interesting signal from a star system 94 light years away that has many people talking about aliens.

via Have astronomers found an alien signal? —

When confronted with criticism of their failure to address Syria’s humanitarian catastrophe, UN officials routinely blame a lack of resources. As Stephen O’Brien, the undersecretary general for humanitarian affairs, put it, the UN system is broke, not broken.

Yet UN aid agencies, since stepping up operations in Syria in 2012, have handed lucrative procurement contracts to regime cronies who are known to have bankrolled the very repression and brutality that helped cause the crisis in the first place. 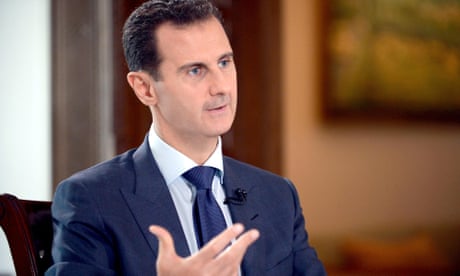 The revelation is as perverse as it is unsurprising, and points to the moral bankruptcy of the UN’s $4bn (£3bn) Syria aid effort to date. It is perverse that UN agencies, which are mandated to reach out to the most vulnerable in Syria’s vicious and protracted civil war, are throwing a lifeline to a regime that has no qualms about burning the entire country just to stay in power. :::

The UN has awarded contracts worth tens of millions of dollars to people closely associated with the Syrian president, Bashar al-Assad, as part of an aid programme that critics fear is increasingly at the whim of the government in Damascus, a Guardian investigation has found.

Businessmen whose companies are under US and EU sanctions have been paid substantial sums by the UN mission, as have government departments and charities – including one set up by the president’s wife, Asma al-Assad, and another by his closest associate, Rami Makhlouf.

The UN says it can only work with a small number of partners approved by President Assad and that it does all it can to ensure the money is spent properly.

“Of paramount importance is reaching as many vulnerable civilians as possible,” a spokesman said. “Our choices in Syria are limited by a highly insecure context where finding companies and partners who operate in besieged and hard to reach areas is extremely challenging.” ….