KANCHANABURI — Wildlife authorities drafted veterinarians and staffers from across the country on Tuesday to help them continue relocating dozens of big cats from the Tiger Temple, including one that briefly escaped.

A legal showdown appears to be looming as the federal government moves ahead with plans for plain packaging of tobacco products. 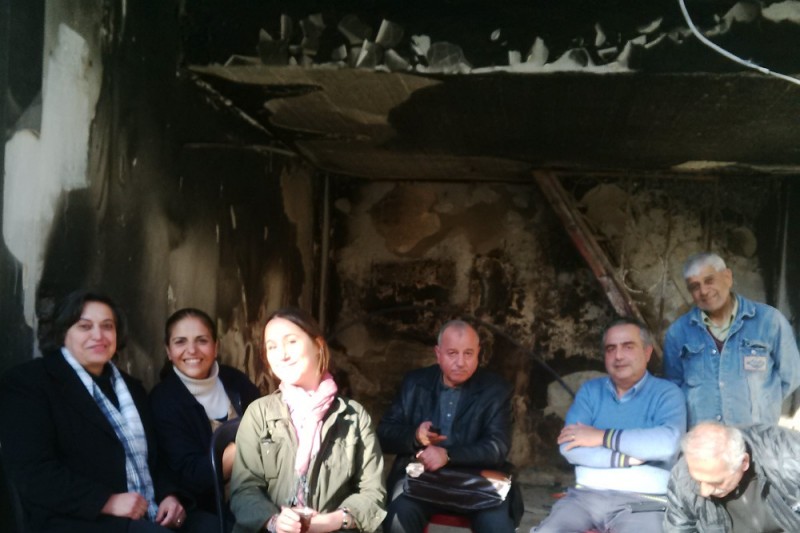 As many readers will know, I have visited Syria four times, between April 2014 and December 2015—independently on a journalist’s visa and as part of two peace delegations. When in Syria as a writer, I visited key places—including liberated Homs and Ma’loula, terror-bombed regions of Homs, and the Yarmouk district, which has been focus of slick propaganda by anti-Syria corporate media and so-called human rights groups—and have conducted numerous interviews, with Syrian political and religious leaders, as well as Syrian civilians.

I have taken many photographs and videos, collected numerous personal testimonies, undertaken my own research and investigations, visited hospitals and refugee centres, and—in every area that I visited—have conversed with Syrians about what they feel is the cause of the problems in Syria, the solution, and on their insistence for Syria’s sovereignty, and on their support…

Cynical EU-Turkey deal spells Disaster for Refugees   THANK YOU MIKE GILLY FOR THIS WEALTH TO SHARE!

In making a deal with Turkey, the EU is entrusting refugees to a government that cares little for their safety – and sponsors the terrorists they are fleeing from, writes Marienna Pope-Weidemann

Child refugees in Tobali, Turkey, in a makeshift school they were later forced to abandon. Photo: Nina Aandahl.from Red Pepper with thanks (some illustrations and links added)—get a subscription now.European governments leading the charge in the ‘war on terror’ have bought the right to turn their backs on its casualties for a cool £4.6 billion by striking their deal with Turkey. In exchange for the funds and loosened visa restrictions on Turkish citizens, the European Union has been able to violate…

An oil painting of the Battle of Jutland by Claus Bergen, on display in Germany’s Naval Memorial in Laboe, Schleswig-Holstein. Photo: DPA

Pope: The Church is not a closed system of standards, but open to prophecy

„It would do us good to ask ourselves“ if „Do I have the memory of the wonders that the Lord has wrought in my life? Can I remember the gifts of the Lord?  Am  I able to open my heart to the prophets”, “am I open to that, or am I afraid, and do I prefer to close myself within the cage of the law? And in the end: Do I hope in the promises of God, as our father Abraham, who left his home without knowing where he was going, only because he hoped in God?“.

Vatican City (AsiaNews) – The Church and Christians must be careful not to trust and close in on a set of standards, but leave room for the „memory“ of the gifts received from God, opening the „prophecy“ and the horizon the „hope“. The said Pope Francis, in the Mass celebrated this morning at home Santa Marta.  The Pope took as the central focus of his reflection the Gospel passage of the day, on the parable of the murderous tenant-farmers.

Against the landowner who planted a well-organized vineyard and entrusted them with its care, the tenants  decided to revolt, insulting, beating and killing first the  servants the master sent to reclaim the land and collect his due, and then, at the climax of the drama, murdering the only son of the owner – wrongly believing that such an act could earn them a right to inherit the owner’s substance.

The killing of the master’s servants and of the master’s own son – a Biblical image of the prophets and of Christ Himself – shows a people closed in on itself, one not open to the promises of God, a people that does not await the fulfilment of God’s promises: a people without memory, without prophecy and without hope. The leaders of the people, in particular, are interested in erecting a wall of laws, a “closed juridical system”, and nothing else: “Memory is no concern: as for prophecy, it were better that no prophets come; and hope? But everyone will see it. This is the system through which they legitimate: the lawyers, theologians who always go the way of casuistry and do not allow the freedom of the Holy Spirit; they do not recognize God’s gift, the gift of the Spirit; and they cage the Spirit, because they do not allow prophecy in hope.” This is the religious system to which Jesus speaks: “A system – as the First Reading says – of corruption, worldliness and concupiscence,’ so St. Peter says in the First Reading.”

Pope Francis went on to say that, at bottom, “Jesus was Himself tempted to lose the memory of His own mission, to not give way to prophecy and to prefer security instead of Hope,” i.e. the essence of the three temptations suffered in the desert. Therefore, Pope Francis said: „To this people Jesus, because he knew temptation in Himself, reproaches: ‘You traverse half the world to have one proselyte, and when you find him, you make him a slave.’ This people thus organized, this Church so organized, makes slaves – and so it is understandable how Paul reacts when he speaks of slavery to the law and of the liberty that grace gives: a people is free, a Church is free, when it has memory, when it makes room for prophets, when it does not lose hope”

The Holy Father stressed that the well-organized vineyard is in fact “the image of the People of God, the image of the Church and also the image of our soul,” for which the Father always cares “with so much love and tenderness.” To rebel against Him is, as it was for the murderous tenants, “to lose the memory of the gift” received from God, while, “in order to remember and not make mistakes on the way,” it is important “always to return to the roots”: “Do I have the memory of the wonders that the Lord has wrought in my life? Can I remember the gifts of the Lord? I am able to open my heart to the prophets, i.e. to him, who says to me, ‘this isn’t working, you have to go beyond: go ahead, take a risk’? This is what prophets do: am I open to that, or am I afraid, and do I prefer to close myself within the cage of the law? Finally: do I have hope in God’s promises, such as had our father Abraham, who left his home without knowing where he was going, only because he hoped in God? It will do us well to ask ourselves these three questions.”

City officials and community leaders are fearing the worst, saying that the heightened gun violence will only increase over the summer